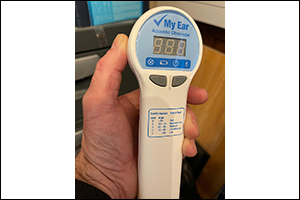 The AO was invented in 1986 by a pediatrician and sonar engineer, as a handheld device that analyzed sound waves bounced off the tympanic membrane to determine the presence of a middle ear effusion. The device emitted short pulses of sound with an intensity of 80 dB. A microphone determined the sum of emitted and reflected sound and displayed a graph of the reflectivity in arbitrary units.  The amount of reflected sound energy rose with the likelihood that an effusion was present.  Several years later, the AO was redesigned into a device that was based not on the intensity of the reflected sound but on the frequency spectrum of the reflected sound. It displays the output as a spectral gradient angle (SGA) which corresponds to the probability of effusion. Unlike tympanometry the AO does not require a seal, can be used in a crying child and measurements can be obtained if the canal is partially occluded by cerumen.  In contrast to tympanometry, AO measurements can be obtained in seconds.

The current version of the AO is manufactured to the exact specifications of the original Ear Check Pro, and I now use it regularly when evaluating children with upper respiratory infections who may or may not be complaining of ear pain.  As we know many children are less than cooperative for ear examinations.  As with the original EarCheck Pro, in my experience, a large SGA, almost always excludes an AOM or OME as a diagnostic possibility.  This is not to say that that one should not perform otoscopy, when the AO output indicates a large SGA!  Rarely I see a child with erythema of the TM, not due to crying, without fluid behind the TM, that I would consider a very early OM.

The AO, manufactured by AffirmDX (Lincoln, Nebraska) costs $700 and is powered by two AA batteries. A calibration tube is provided and should be used at least once per month to make sure the device remains within specifications. It is used in conjunction with a disposable ear tip, and a package of 100 ear tips sells for $70.  As shown in the video one places the tip of the AO in the ear canal pointing toward slightly forward and depresses and holds the right or left button depending on the ear being tested.  I tell the child he will hear some funny noises during the test. It usually takes about 10 seconds, sometimes less to obtain a reading. One records the measurement from both ears and then performs otoscopy.  AffirmDx plans to distribute a stand for the AO with printing capability.  AO measurements are reimbursed at about $20 per testing using the CPT code 92567.

The device is so easy to use so that nurses can perform AO measurements while rooming the patient. As the device is relatively inexpensive (compared to a $4000 or more tympanometry device), the AO pays for itself in a matter of weeks. 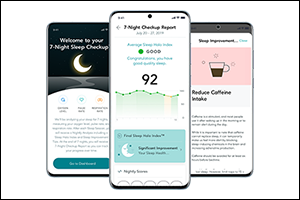 I’ve long been a fan of Masimo pulse oximeters for use in pediatric patients. They produce sturdy devices ideal for the medical office that integrates their proprietary signal extraction technology (SET.  SET provides accurate readings in moving patients and uncooperative patients as often are the children and infants in my practice. I’ve previous reviewed the Masimo Rad-G pulse oximeter and well and the MightySat.  Both have colorful screens, easy to navigate interfaces, reasonable pricetags and display oximetry readings, heart rate, perfusion index, and respiratory rate derived from the plethysmographic waveform.

You may encounter patients whom you suspect have a sleep disorder. Many are reluctant to visit sleep specialist who may order home or sleep center sleep studies.  It may be prudent to recommend the $80 Masimo Sleep Device.  As presented in the video one fastens the Masimo Sleep device to the wrist, attaches the sensor to a fingertip, and connects the app via Bluetooth to the Masimo Sleep Application. One initiates a sleep session which continuous monitors, oxygen saturation, heart rate, breathing rate, and respiratory rate.  Once a session has ended the user is presented with a comprehensive report with the above data and lists major and minor sleep events. This information can be shared with a provider and a referral placed to a sleep center if indicated.   Great device and so easy to use. 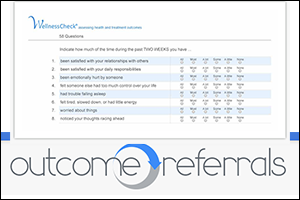 As a pediatrician I use numerous forms to screen children for depression, anxiety, suicidal risk, substance abuse, ADHD and other.  These forms are also used to monitor patients undergoing treatment.

I recently interviewed David Kraus PhD, President, and Chief Scientific Officer of Outcome Referrals, who developed the Treatment Outcome Package (TOP), to screen adults, adolescents and children for a wide range of symptom and functional domains. The TOP consists of a 58-question questionnaire for adults and adolescents and 48 -question questionnaire for children that can be filled out in minutes. It is used to establish a diagnosis and to monitor a patient’s improvement during and following treatment.

Dr. Kraus has demonstrated that the TOP system can be used to identify therapists who are most appropriate to meet a patient’s individual needs.  This has been validated via several studies available on the outcome referral web site.

The interview is wide ranging and very informative. The TOP can be filled out via paper forms or via an online portal and repeated as indicated. What I find most exciting is that Dr. Kraus is developing a system, called “FastPass” to facilitate access to appropriate therapists. As we are all aware patients now often must wait months to see a therapist, and hopefully the FastPass system, once implemented will shorten wait times considerably. Stay tuned 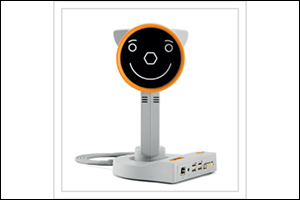 Amblyopia is one of the most common visual problems of childhood, occurring in as many as 1% to 4% of children.1 It is defined as poor vision caused by abnormal development of visual areas of the brain; if undetected and untreated it can lead to permanent vision impairment.

Unfortunately, less than 40% of children are screened for this condition.2 Causes of amblyopia include strabismus (misalignment of eyes), anisometropia (inequality of vision of both eyes because of refractive errors or astigmatism), cataracts, ptosis, or other factors. Because children do not complain of problems with visual acuity, and affected eyes often appear normal, amblyopia can easily go undetected unless a child has vision screening done routinely at health maintenance examinations.

Vision screening in children aged younger than 3 years in a medical office can be challenging because few children this age can be screened with a vision chart. From age 3 to 5 years, screening is possible with Snellen charts, Tumbling E charts, or picture tests such as Allen Visual Acuity Cards, but this is time consuming and can lead to inconsistent or erroneous results. According to the 2016 guidelines Screening instruments detect amblyopia, high refractive error, and strabismus. I recommend that Instrument-based screening  should be performed at age two and repeated at each annual preventive medicine encounter through 7 years of age.

Amblyopia remains treatable until age 7, with rapid decline of effective treatment after this time. The goal of vision screening in infants and young children, therefore, must be the early detection of high severity (magnitude) amblyopia risk factors (ARFs), including moderate or severe astigmatism, anisometropic myopia, high hyperopia, severe strabismus, and opacities in the visual axis, including retinoblastoma or other ocular entities that cause opacities that interfere with transmission of light to and from the retina.

Plusoptix has offers the S16 photoscreener for practices who do not need a portable device. The S16 features a terrific interface that is displayed on a monitor attached to the device.  The results can be printed via a network printer and the system keeps track of previous screens.  Plusoptix also provides the free plusoptiXconnect software for practices to store, review, print results. 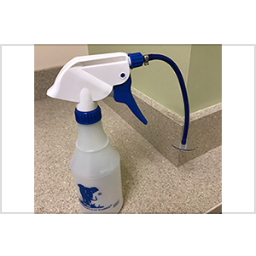 It is vitally important that providers have unobscured view of the tympanic membrane in order to diagnose Otitis Media, Serous Otitis Media, or Otitis Externa. Additionally, impacted cerumen may be uncomfortable for patients, and in some situations may reduce hearing acuity.  So, it has become routine practice for physicians to remove cerumen during an office visit.

Many of us have developed our favorite techniques for removing cerumen. In the video above I share mine. Basic principles include using a ceruminolytic to soften wax. My preferred agent is sodium docusate liquid. ($12 or so for a big bottle on Amazon)  I saturate cotton balls with the liquid and put them in the ears for 15 minutes.  By using cotton balls, one can soften the cerumen in both ears at the same time. One then can use a syringe or an ear wash system such as the Elephant Ear Washer System ($26 on Amazon) that uses soft plastic catheters ($16 for a bag of 20).   The catheter is pushed gently through the wax before irrigation begins, so the cerumen is push out of the canal and not toward the tympanic membrane. Often the cerumen is extruded as a solid plug.

The irrigation solution is room temperature water mixed 4 to 1 with hydrogen peroxide. I use an ear basin to catch cerumen and place chucks on the patient’s shoulder to prevent accidents.

Contraindications to irrigation include the presence or history of a perforated tympanic membrane (or ear tubes),  previous pain on irrigation, previous surgery to the middle ear , or the presence of a discharge.

If you use a curette exercise caution. I prefer the EasiEar curettes which are metal, but flexible. These cost $69 for 25 from splashcap.com